The world of brass bands owes Paul Hindmarsh a great debt of gratitude. Without him, the story of 25 years would have to be retold. He has achieved this with a single-minded dedication, enthusiasm, and patience. He has commissioned many composers to write for the medium, many of whom were new to the genre. Through the BBC in Manchester and now at the RNCM, Paul has developed the Brass Band Festival into the most ground-breaking annual festival of its kind in the world.
Edward Gregson

As a journalist and author, Paul Hindmarsh has become a valued critic of important recent repertoire for brass band, and it will be his writings that we will be judged by subsequent generations. In particular, he has been tireless in his advocacy for the music of Wilfred Heaton, and without his work, many of that fine but elusive composer’s less well-known scores would now be lost to the world.
Philip Wilby 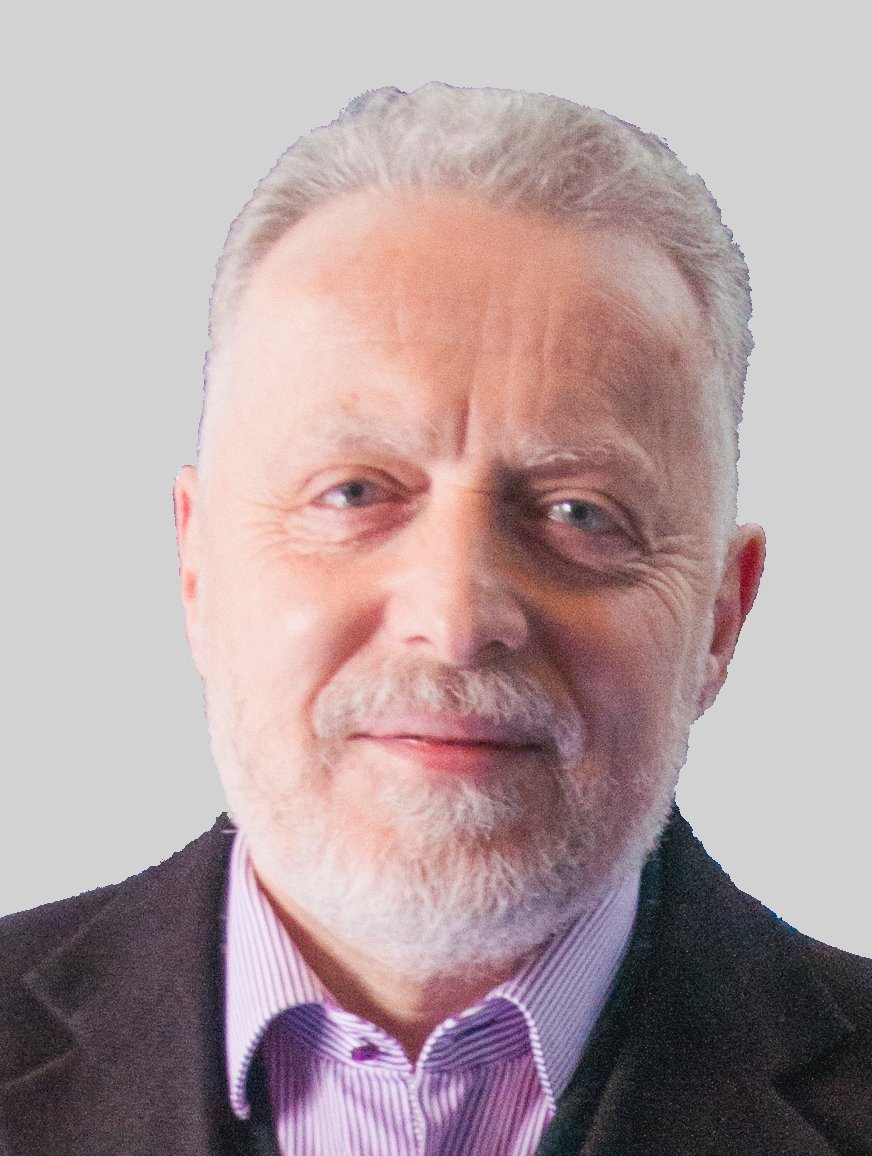 For as long as I can remember, the experience of music has been an essential ingredient of my life. I am a dedicated musician with a wide range of tastes and enthusiasms, from medieval troubadour songs and plainsong, through the great classics of the 18th and 19th centuries of composers and performers in many genres. The essence of my musical upbringing in the Salvation Army (in Cambridge and then Croydon) and subsequent training, at the Royal College of Music (Trombone) and Birmingham University, was range and versatility. For over four decades, I have pursued parallel ‘careers’ in music – as a professional producer and performer, both activities enhanced and informed by a steady flow of research, writing and editing.. 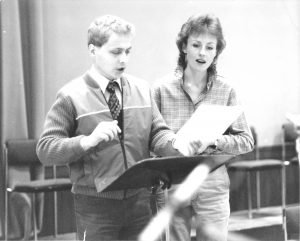 Paul Hindmarsh and Fiona Milne recording for Chandos in 1983

Between 1976 and 1985, following a period of full-time postgraduate research, I combined the post of Librarian, Scottish Music Archive (now Scottish Music Centre) in Glasgow with professional singing, specialising in the tenor concert repertoire. Having been interested in the voice since childhood, I studied privately in Glasgow with the eminent teacher, Joan Alexander. I became a member of Scotland’s only professional chamber choir of that period, The John Currie Singers, and was the tenor soloist of The Scottish Early Music Consort. From 1985, in Manchester, I joined The BBC Northern Singers.  With these ensembles I performed a wide range of repertoire from Renaissance polyphony to new commissions, appearing in subscription series, broadcasts, festival concerts (BBC Proms, Edinburgh Festival, Boston Early Music Festival, New York, Jerusalem Festival), tours and recordings).
As a concert soloist, I performed with choral societies throughout the British Isles, and was most in demand for baroque and classical oratorio – in particular the sacred works of Handel and Monteverdi and the roles of Evangelist in the great Bach Passions. This busy area of music performance was cut short late in 1989 following head injuries caused by a cycling accident.

In 1985, I joined the BBC in Manchester as a music producer for Radio 3 and in a 21 year broadcasting career across the full range of the station’s output, with an emphasis on British, orchestral, choral, chamber and band music. I established the BBC Festival of Brass (now RNCM Brass Band Festival) in 1990 and received several Sony Award nominations, including the feature Elgar’s final Enigma – Symphony No. 3 , which led to Anthony Payne’s historic realisation of this unfinished work, and a bronze award for a drive-time ‘special’, Who Murdered Mozart? During my time at Radio 3, I also encouraged the commissioning of new music for brass band, including Paganini Variations (Philip Wilby), Songs for BL (Elgar Howarth), Whitsun Wakes (Michael Ball), Prague (Judith Bingham) and The Maunsell Forts (John McCabe). I had a great time producing the Sunday evening series Choirworks (now called The Choir ) and the Saturday afternoon series Discovering Music. 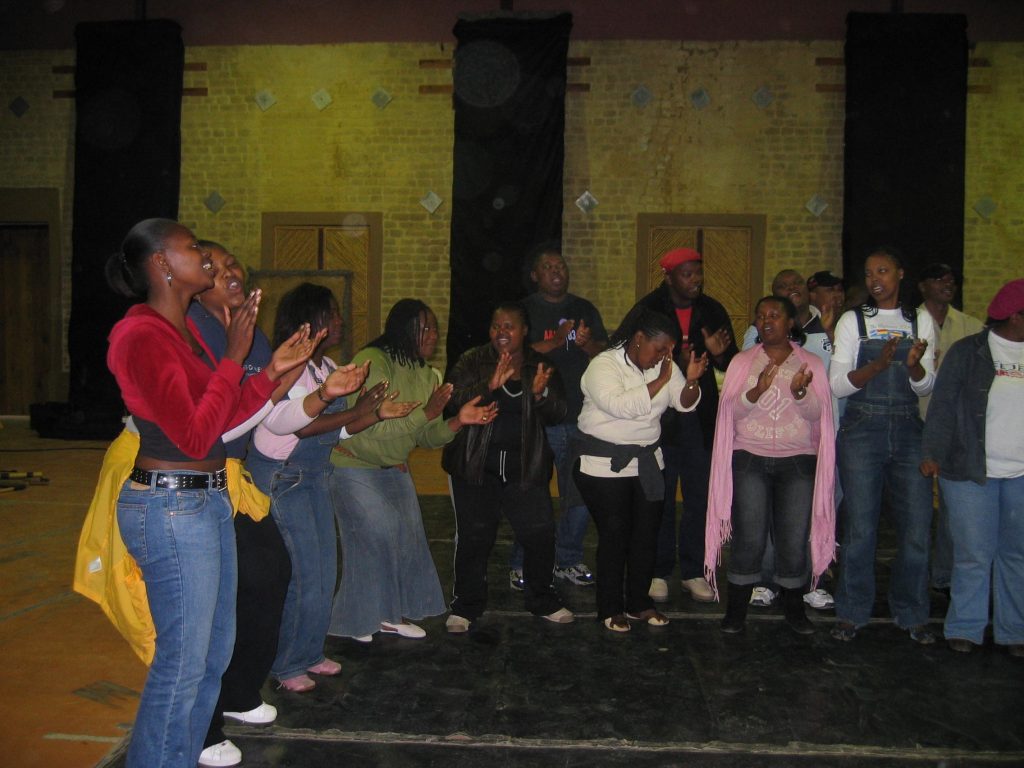 Working with choirs and bands from the North of England – Hallé Orchestra, BBC Philharmonic, Northern Sinfonia, Royal Liverpool Philharmonic, Orchestra or Opera North – brought me into contact with some of the world’s greatest soloists and conductors. No wonder I enjoyed my job so much! 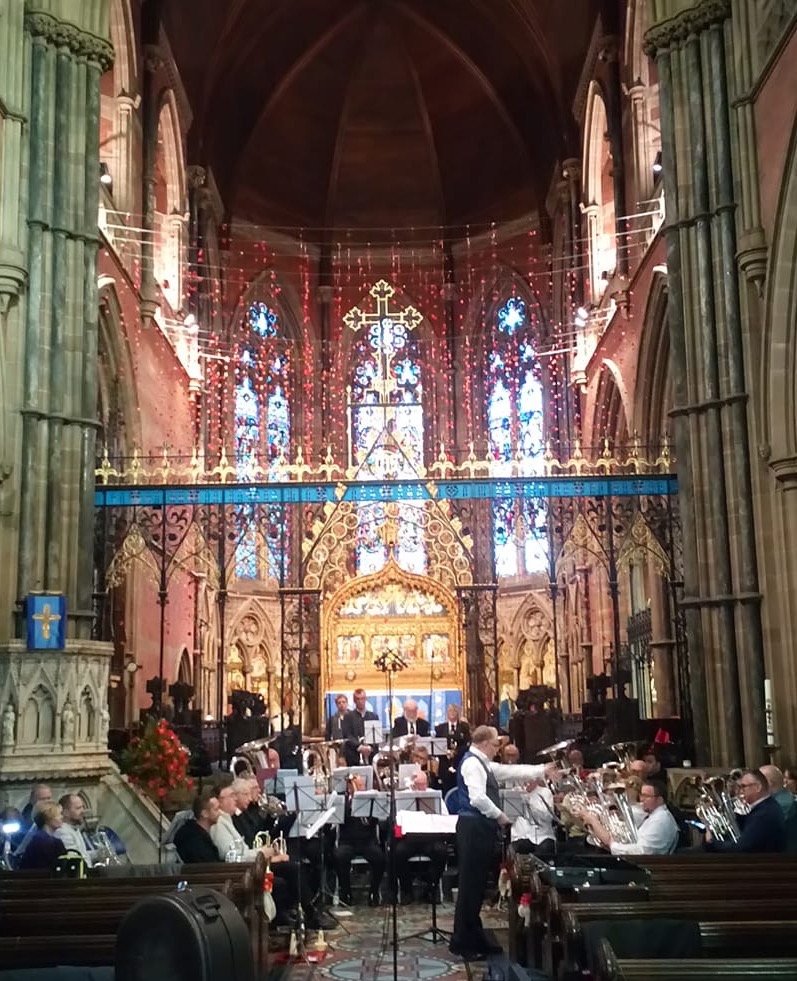 In 1990, I was invited to become the Musical Director of the famous Besses’ Barn Band. This appointment re-kindled my involvement in the amateur musical communities of the UK. For three years I directed Besses in a range of broadcasts for BBC Radio 2 and 3, its busy concert schedule including festival appearances at Lichfield, Chester, Newbury and Harrogate, and in contests (including the ‘Open’ and ‘National’ championships). From time to time, I work as a guest conductor or coach with North West bands. I am pleased and proud to have commissioned or facilitated over 40 works for brass band through the BBC, the John Golland Trust, the Brass Trust Heritage Trust, which I founded in 1993 and is now administered by Brass Bands England. The trust has supported new commissions by John Pickard (Eden in 2005 and Rain, Steam and Speed in 2017), Lucy Pankhurst, Simon Dobson, Gavin Higgins, Kenneth Hesketh, Daniel Hall among others. In 2005, I was both surprised and honoured to receive the Iles Medal of the Worshipful Company of Musicians for Services to the brass band community.

I left the BBC in 2006 to set up my own production company specialising in music journalism, CD production and music editing and in 2012 I started to publish my work and that of others. I have been Artistic Director of the RNCM Brass Band Festival since 2005. For 10 years (2007-17) I served as Director of Concerts for the Manchester Mid-day Concerts Society at Bridgewater Hall, Manchester, and was privileged to curate the Society’s centenary season in 2015. Between 2016 and 2022 I served as the chair of the European Brass Band Association Music Commission, which overseas the musical aspects of  the annual European Brass Band Championships.

In 2006 I was invited to become Editor of Brass Band World, a monthly magazine for the brass band community. Between 2010 and 2018, I enjoyed serving as Features Editor of The British Bandsman, writing regular features, reviews and reports for this long established magazine, which celebrated 125 years in 2012. I am a regular contributor of programme for major recording companies, including Chandos, Hyperion and the World of Brass labels. As consultant editor for Faber Music’s prestigious Brass and Wind Band Series (2008-18), I enjoyed developing brass and wind repertoire.

In 2017 I was delighted to receive a special award from 4barsrest.com for my contribution to brass bands and in September 2020 I was honoured to receive a Lifetime Achievement Award for my work with brass bands from Brass Bands England. In December 2022, the honour of a Fellowship from the Royal Northern College of Music was conferred one for my contribution to the life of the RNCM and to brass bands. Thank you to all.

Since the mid-1970s, historical and analytical research has provided an additional dimension to my musical life. British music of the past 150 years has been my special field of interest. My Thematic Catalogue of the music of Frank Bridge (1879 – 1941) became the standard reference work on this composer. It was substantially updated and revised in 2016 as Frank Bridge: The Complete Works. 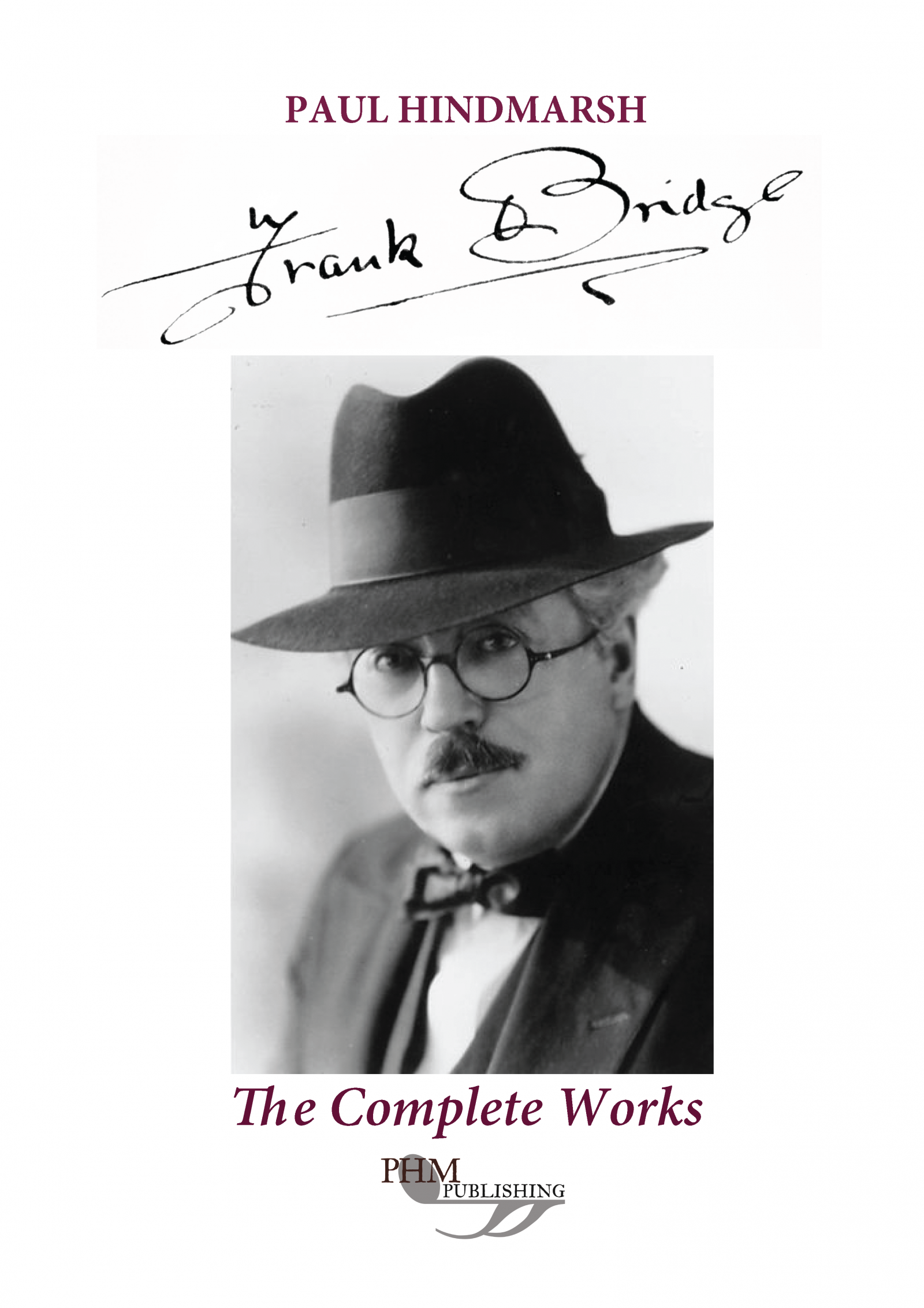 A number of articles and CD notes on Bridge ‘s music have followed, including the acclaimed orchestral music series from Chandos, for which I was also the music editor and programme consultant. Along side this, I have prepared many hitherto unpublished works by Bridge for publication, and also works by his pupil Benjamin Britten for the concert hall, including Johnson about Jordan and King Arthur (Suites for both orchestra and brass bands).

I am currently working on the composer Wilfred Heaton (1918 – 2000), whose complete works I have edited for publication in the Wilfred Heaton Edition.

I have been privileged to serve on a number of musical committees. Whilst living in Scotland, I served on the Scottish Music Council and the BBC Scotland Music Advisory Committee. I was a member of the Executive Committee of the British Federation of Bands for Three Years as a Trustee of the National Youth Brass Band of Great Britain and the Wilfred Heaton Trust. I am currently a trustee of the John Golland Trust.

…which is the home of PHM Publishing and Production, through which I organise by professional activities producing audio recordings of classical and band music, the  release of music which I have edited or arranged. You will also find here further information about my research and writing, which has focussed on British music and bands for our four decades. Take your time to explore the PHM Publishing catalogue, which includes new and vintage music for brass band and the Wilfred Heaton Edition – performing editions for band, orchestra, instruments and voices prepared since this Yorkshire composer’s death in 2000 – plus the life and work of English composer Frank Bridge (1879 – 1941). You’ll also find news updates, an occasional blog or research article and selected audio links to my Soundcloud site